Rebecca, Depression and a Tree

Almost 10 years ago, while kicking a football in a local suburban park with my son, I came upon an oak tree with six or seven bunches of flowers at the bottom of it. Stuck to the tree with some tape, was an achingly sad note from the younger brother of a girl, who a few nights earlier had ended her life at the tree which had become an instant shrine to her memory. 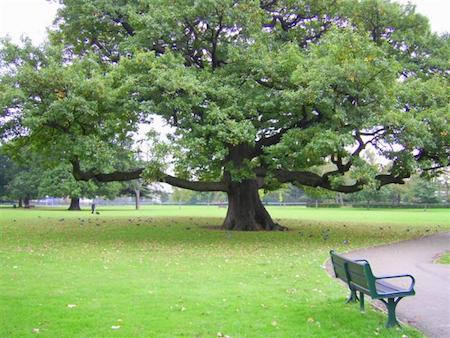 By co-incidence, a few days later I was contacted to offer help to grieving family and friends. In talking about this boy's sister, my recollection was that it sounded as if she suffered from what seems to be a rapid onset, and terribly severe depressive episode -- an illness that distorted her moods, destroyed the basis of her rational thought and finally eroded her desire to live, all of which she had skillfully concealed from her family.

It sounded as if she had a solid base of warmth, friendship and love, all of which should have been a potent and positive amulet, a countervailing force -- against future unhappiness. Despite all this, for reasons no one will ever truly know, she finally slipped her psychological moorings and succumbed to a savage, lacerating, black suicidal depression.

As another school year draws to an end, memories of the park and its sad tree come to mind especially, because in August this year a groundbreaking study conducted by the research team from the Telethon Kids Institute at the University of Western Australia found that one in 13 children aged between 12 and 17 has considered suicide, while one in 40 has actually attempted it once. Nearly one in every four teenage girls in Australia have engaged in self-harm, while 10 percent of the overall teenage population in the country confessed to have done so in the past.

What made this study special is that they interviewed more than 6,300 families. In addition, the kids in the household were given a secret opportunity to fill up a survey form separately. Hundreds of thousands of Australian children and teenagers are experiencing serious mental health issues, but many parents have no idea what is going on, according to a groundbreaking national survey.

Experts say the research is yet another a wake-up call for parents and doctors to help them recognise when children are unwell, and an indicator of the huge need for more services to help young people deal with anxiety and depression.

One of the greatest challenges for schools and parents in 2016 is the early identification of these students at risk, along with prompt referral. Thanks to the Better Access Medicare system, those interested in the welfare of young people can now refer students to a local GP who can arrange referral to a properly qualified psychologist for up to 10 sessions.

Most schools, now have first class student welfare teams, displaying levels of skills and confidence unheard of 20 years ago. But if this system is to work, parents must also play a part, working with schools to monitor the mental health of the young people and alerting them to signs of trouble. But how many Mums and Dads know when to worry, how many know the difference between normal adolescent behaviour and signs of serious distress that warrant an intervention? 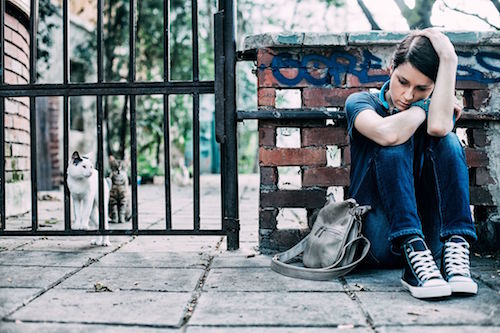 The trick for Mums and Dads is to look for a change in their son or daughter's normal behaviour. In contrast to the first story, some teenagers with depression display subtle tell-tale signs, in that they may look sad or are tearful more frequently than they had previously. In others, they may be constantly irritable, tired, listless, or uninterested in activities that used to give them pleasure. In contrast to our first girl, A case in point is Rebecca (not her real name), who presented with a six-week history of feeling miserable most of the day, most of the time.

Her Mum told me that in the past month or so, her generally happy disposition had been replaced by irritability, temper tantrums, arguments and unexplained tears. Interestingly she had stopped riding her horse, withdrawn from her netball team, and was no longer sitting with her friends at school, instead preferring to be on her own during recess and lunch, her grades at school had slipped and she found she could no longer concentrate or focus.

When interviewed, Rebecca described a real change in her sleep patterns, including difficulty falling asleep, restlessness, early awakening, excessive sleeping, taking more naps, wanting to go to bed after school and going to sleep earlier at night. Her parents had also noticed changes in her eating behaviour, with Rebecca eating much more than usual with some weight gain, which made her feel even worse. She also said that she felt she did not have enough energy to get through the day, complained of headaches and stomach aches

But one of the most striking signs that all was not well, were her repetitive comments to her parents such as "I'm no good," "I can't do it," accompanied by a refusal to even try activities or to do anything around the house. These profound feelings of worthlessness or low self-esteem, are commonly observed in young women with depressive illness.

Rebecca told me that she had reached a point, where she no longer found anything interesting, enjoyable or worthwhile. Everything that was once sparkling in her life had now become flat. Every thought, word and movement had become an effort. This battle was waged within the corridors of her mind, where she was progressively besieged by a barrage of seemingly automatic negative thoughts, that plagued her with guilt and bid her regard herself and much of her life as worthless, dull and boring, simply draining her of her life energy.

Thankfully, Rebecca reported no self-harm behaviours or preoccupation with death, which can all too often accompany depressed moods. Some young people can make comments about not caring whether they live or die, may give away prized possessions, or talk about how life would be different if they were no longer alive. While others will use alcohol or drugs as a way to reduce suffering which can actually worsen their depressive symptoms.

Happily, Rebecca responded well to a combination of talking therapy, some web-based programmes like MoodGym, a smart phone app called Smiling Mind which taught her mindfulness and with the help of carefully monitored medication was gradually able to re-engage in life. Ultimately, it was a combination of concerned parents, an alert welfare team at school that picked up on the symptoms of her illness and a skilled, empathic family doctor, that got her the help she needed.

So what is the take away message? Parents who suspect their sons and daughters may be depressed and suicidal must visit their family GP and ask for a referral to a psychologist on Medicare or visit their local Headspace.

Perhaps if we can get better at this, there will be fewer lives snatched by such darkness, fewer shrines at the foot of trees and fewer families left with such agonising questioning. But the telethon study tells us we cannot rest on our laurels.